Here we are, another year further down the trail. The Bombtrack show rolls onward.

So who’s been where since the last time we caught up? Fish, Joachim and Marc teamed up to attempt the inaugural Silk Road Mountain Race in Kyrgyzstan, while Matty and Clare’s more sedate wanderings saw them reach the Himalayas. With their new van complete Franzi and Jona barely spent two nights in the same place, hitting France, Italy, Morocco, and Spain.

We’ve made new friends on the road too. Including new team member Gaëlle Bojko, who’s undertaking a solo lap around the edge of Europe as part of her dissertation research.

In between it all we’ve continued bringing adventure to the masses, supporting events across Europe including The Dirty Reiver, Tuscany Trail, and Dirty Boar.

So we’ve got 2020 sorted, but what comes next? Despite having plenty of routes sketched, plans half made, and a few dates in the diary, who knows where we’ll be this time next year? 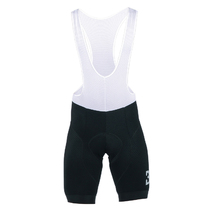